Quan is a passionate, activist, hip-hop head teacher! He started the Lyricist Society, a program that engages young people by using hip-hop in the classroom at the Frederick Douglass Academy for Young Men in Detroit. Success is often hard to quantify, but his students make it simple. They won a Grammy for a rap video they produced -- shot off of an iPhone. Quan also created the Frederick Douglass Promise, a ninth grade rite-of-passage experience for every freshman at the Academy, where retention and enrollment is at a multi-year high for freshmen. Both of these school initiatives, as well as teaching, are done strictly because of his passion.

Are We Making A Difference?

To make Teach 313 the best resource for Teachers in the country we need your help. 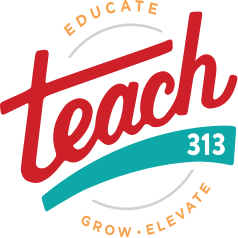